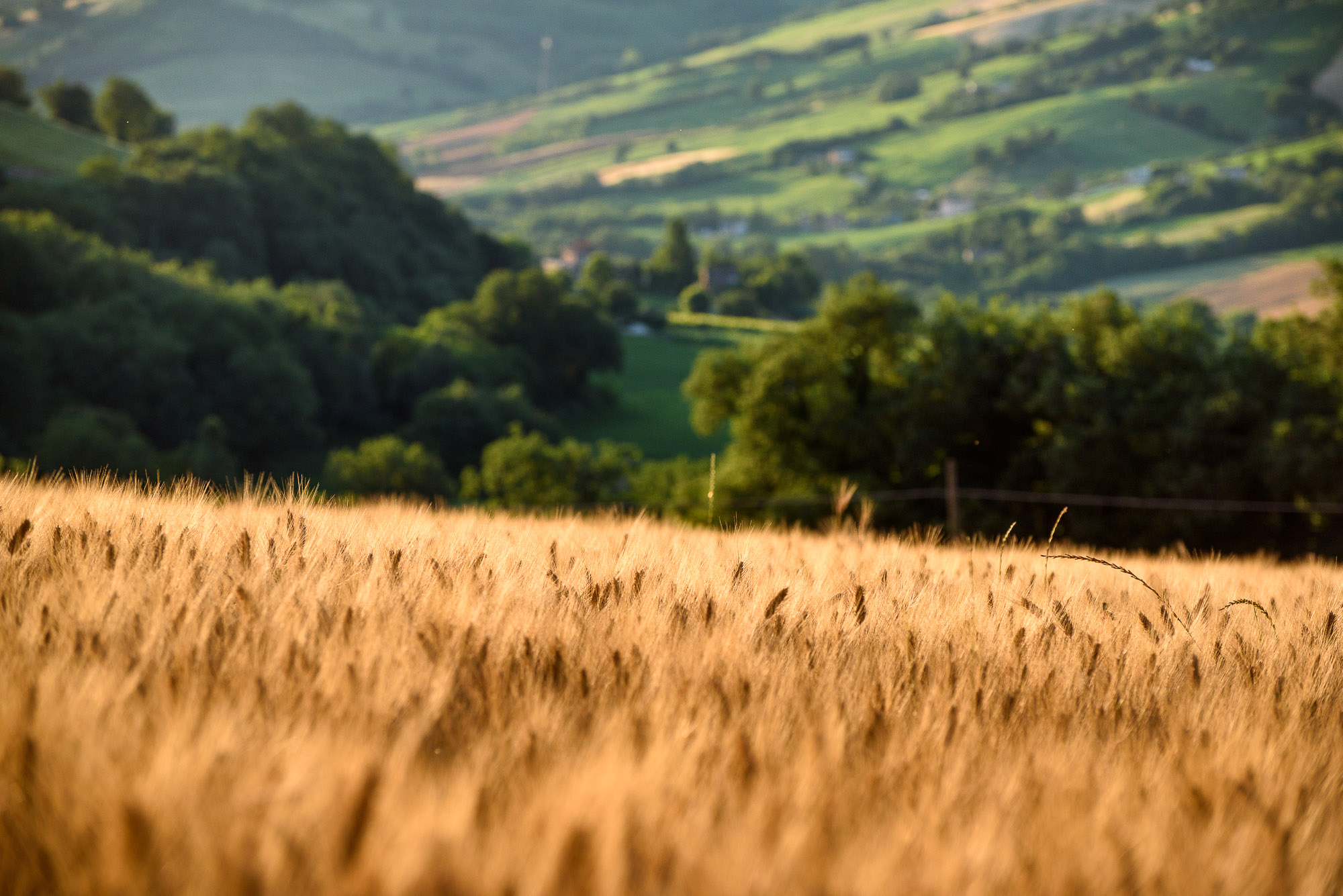 The region of Marche lies on the eastern shores of the Italian Peninsula, and it is neatly cut across by valleys running east towards the Adriatic Sea. These valleys create self-contained territories that once stood as ‘frontier marches’ for the Holy Roman Empire, hence the region’s modern name. This also goes to explain the considerable diversity of the Marche’s heritage; cities like Macerata, Jesi, Fermo, Tolentino and Ascoli Piceno are all fascinating, each with a distinct feel and unique identity.

The artistic legacy of the Marche is second to none; as the birthplace of both Raphael and Bramante, the city of Urbino has stunning renaissance monuments. The port of Ancona is busy and run-down in parts, but it will not disappoint the photographer searching for medieval art and lively harbour life. Heading south, the Conero riviera has gorgeous white sandy beaches and the nearby city of Loreto houses one of Italy’s most ornate pilgrimage sites.

Beyond its urban germs, the most long-lasting memory of the Marche will be its unspoilt landscapes. Its rolling fields of wheat and sunflowers are in common with the rest of Central Italy, but the dramatic valleys and river gorges found deeper in the Apennines feel like they belong in a dreamed-up world.

I have an extensive collection of photographs from Marche, especially of its cities and small towns. Some of these include photographs of locations prior to the October 2016 earthquake.

List of photographs of Marche available in my collection